Fear, it’s something I deal with everyday. It’s something I’m aware of at every moment; deep down I know it has it out for me. I’ll admit, I almost didn’t write this post out of succumbing to the fear. Pardon my French, but fear is a bastard that knows no rules, only kill. Surely, if I’ve learned anything over the past few years, it’s that fear is a killer.

But fear of what? I want to burst out, “A fear of failure, of course! What else could it be?” but this would be over simplistic and naive. True, failure is something I’m afraid of, but it’s also the fear of success. No, the readership of this blog isn’t anything more than a handful of pageviews a week, but what might happen if I really started to write here and people began to find my posts and the thoughts, feelings and experiences started to resonate? People might start sharing and I would then pressure myself to increase that interaction, to continually write in such a way that my readers resonate with more and more — I would want to grow the fledgling community. On the flip side, what if I started back up again and people started to criticize those very same thoughts, feelings and experiences? I would be mightily tempted to feel invalidated.

"Name the Fear" by The Cowards Choir

“We name the fear so it doesn’t grow.” — “Name the Fear” by The Cowards Choir

You see how silly and preposterous these fears are, but only once they are out in the light of truth and sensibility are they unmasked not as hulking monsters that go bump in the night, but as barking teacup Yorkies who could no more take off a finger than I could up and run a marathon tomorrow. However, in the dark of one’s mind — before having named the fear for what it is — the fear takes on gigantic proportions. I am one who is apt to live in my head — I consider it to be a double-edged sword. Replayed again and again, the fear — once small and manageable — can become large and paralyzing.

The result of fear isn’t a simple death — no, it is far more painful than that. The result of fear is the slow death of apathy, or inaction. This blog has lay fallow for — never mind, I’m not going to depress myself by actually seeing how long it’s been — way too long as busyness is apparently synonymous for engagement and then the fear set in. What if I had nothing to say? Haven’t I already said enough? What more is there to write about? What if I’m rusty and the post is garbage? Isn’t it just arrogant to write without having experienced and lived? To the last question, I would answer yes, but I’m also not exactly a shut-in. Most of these questions are valid questions and things to be contemplating. They are not, however, meant to be barriers to action. I should be contemplating if I have something important to say — or important to add if I’ve broached the topic before. I should be asking whether I have a basis to address the topic in the first place or if I may instead be hopping up on a flimsy soapbox.

“Yeah, being apathetic’s a pathetic way to be But I don’t care What matters to you does not matter to me ’Cause I don’t care”

“Apathetic Way to Be” by Relient K

I have spent far too many days and months over the past two and a half years being apathetic, succumbing to fear. Just ask my wife. Fear has no limits, it will cut you down in your prime if you give it so much as an inch — and I have given it a mile. But fear is also exhausting. I’ve become fed up with being exhausted. And I’m pissed that I’ve allowed myself to waste so much time.

Fear is merciless. It will cut strong, healthy men and women down in their prime in cold blood. Fear will kill entire clans and cultures without flinching. If you think you are immune or too strong, then I am almost certain you have already fallen, friend; fear eats hubris for breakfast. There can be no room in our lives for this fruitless diversion.

I think it began to hit me back in November right around the election. I saw myself, and the nation, reaching a precipice and I did not like what I could see on the other side. I felt rather helpless to turn around the larger ship, but I knew I had to do something for myself. So I got angry. That didn’t help much. Around this time I marched in the Women’s March. But I may save that experience for another time.

As an aside, I want to apologize to those of you who I may have alienated with my last post. I am sorry for being so self-righteous and willingly hateful. The election showed that we have many wounds as a nation that are in desperate need of healing and I was not in those words acting as an agent of healing and reconciliation — what we are in so desperate a need of. I was not willing to view your political views, your thoughts, feelings, and aspirations as valuable and valid, and for that I am deeply sorry. Please forgive me.

What I began to understand shortly after the election was that a weapon against fear is purpose and dedication. So, I just had to find a purpose. No big deal, right? Thankfully, I had been accepted part-time at a seminary that has a campus a short metro ride away. I may have found that purpose, but with only one class under my belt it’s far too early to make such a definitive statement.

I would argue that the real weapon against fear is community. Not to diminish purpose, but there is something about community that undergirds and even sharpens purpose that doesn’t occur naturally otherwise.

Therefore, since we are surrounded by so great a cloud of witnesses, let us also lay aside every weight, and sin which clings so closely, and let us run with endurance the race that is set before us,” — Hebrews 12:1

This brings me to you, friend. Have you found yourself in a similar boat? Are you also tired of feeling trapped on the hamster wheel of meaninglessness? There is hope for you and me alike. That hope was secured for us in Jesus, but we need to act like we want it; we do need to take the action of obedience in faith. That’s hard. There is grace and mercy plenty for when we’ll fail. Fear can begin to lose today. It starts right here, right now.

Originally published at faiththroughdoubt.com on June 10, 2017.

I want to hang here with this theme of fear for a minute. Really, I want to remain here because talking about it makes me uncomfortable. I feel like I’m already talking about isolation in my avoidance. I’ve been putting off being 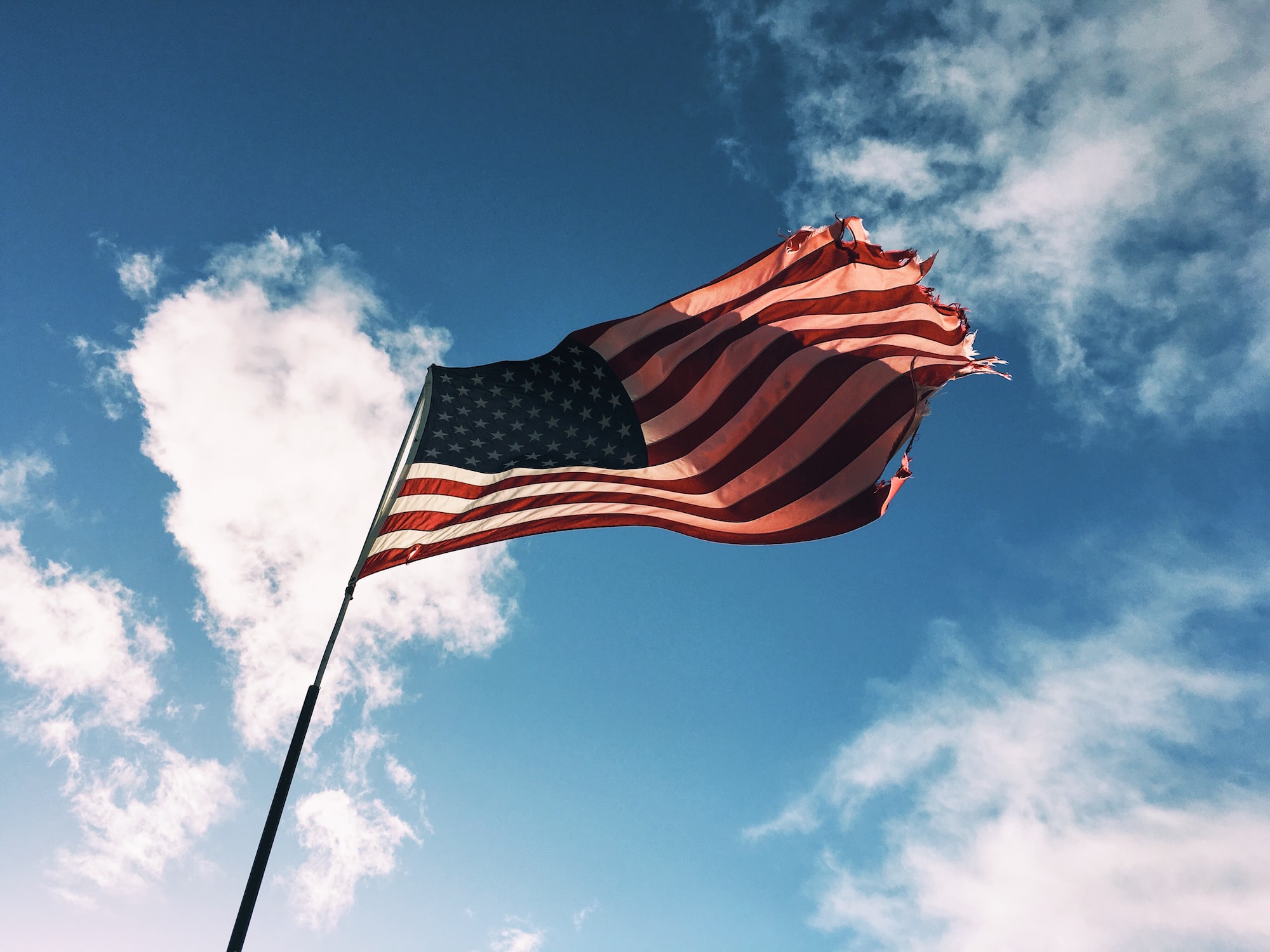 Hello again, friends. It’s been over 10 months since my last post, but this election has me thinking thoughts I feel I need to return here to process before