Over the past few days, the need to rebel and revolt against the old "normal" became inescapable to me, and much of White America. Black people and People of Color have been dying for this painful reality for hundreds of years already. For those of us at variable stages of wokeness, we were jolted from our comfortable slumber abruptly. If you're anything like me, the naked rage that has coursed through my veins is uncomfortable, to say the least.

Some of us, many more than on previous occasions, took to the streets. We joined our brothers and sisters to peacefully protest the ongoing, manualized oppression and discrimination that the recent murders of George Floyd, Breonna Taylor, and Ahmaud Arbery—along with countless others—have brought to the national spotlight. Or I should say that it brought these senseless murders—lynchings—into the national spotlight of White America. In too many cases, these protests were met with physical aggression and violence.

I'm sure many of us have seen the footage, various horrific scenes, from across the country. And yet so many White people will attempt to reframe the conversation about property damage, claiming it is violent and unacceptable. Never mind the countless Black bodies. These same people will echo the words of a president who has abdicated his post over the weekend, generalizing all protesters as thugs.

Some people say that rioting has to stop. They prescribe what protest should look like, what is acceptable. Because they know—I mean, they are White after all. We've been making the rules since before we claimed this stolen land our own country.

If I say, “I will not mention him,
or speak any more in his name,”
there is in my heart as it were a burning fire
shut up in my bones,
and I am weary with holding it in,
and I cannot.
— Jeremiah 20:9 (ESV)

As I sat and reflected on comments from someone I love very much, these words from the prophet Jeremiah rang through my head. They are the words for any White anti-racist prophesying to the rest of White America. They are the words spoken by a prophet who was coming to terms with the great and terrible cost of his position but knowing it to be his job he carried on. These are words I will hold onto dearly in the coming weeks, months, and years—as long as I must.

I recognize that my work—today, tomorrow, for the foreseeable future—is to shed light on the White Supremacy and racism that permeates this country and our society for my White brothers and sisters who feel comfortable resting under the wings of privilege. This work will take place in my family, my friendships, the streets, the grocery store, the workplace, and, most importantly, my ongoing inner work. The work never ends.

A critical part of the work, though, is also describing a genuinely integrated and equal future. Speaking words of abundance and peace. Because much of the resistance of our fellow White people is rooted in fear that is fed by a worldview steeped in scarcity. Scarcity can only lead us to a place of fear and paranoia that any minute there might not be enough for me, any minute now.

“And afterward,
I will pour out my Spirit on all people.
Your sons and daughters will prophesy,
your old men will dream dreams,
your young men will see visions."
— Joel 2:28 (ESV)

This work that I'm talking about is for everyone—again, this article is for White people. This is why I'm even here typing out these words, to urge any of you reading to live into your identity as humans, men and women. There is no time for silence and inaction. But before we go off on our merry White Savior ways, we have to make sure that we're confronting racism and not perpetuating another mutation of the disease.

White Supremacy is the deadliest disease this world has ever seen, claiming well over tens of millions of lives.

If that number feels hyperbolic or even fake, I urge you to think about the greatest genocide this world has ever seen instigated by Christopher Columbus. European colonization of the Americas itself accounted for as many as 100 million lives. This does not begin to take into account the millions of Black bodies that were slaughtered throughout the years of the American slave trade. Need I say more?

Still, Black people are being killed and oppressed. How long?! If you are still feeling angry, I hope you are willing to sit with it. It's not easy as I know some of you grew up in households similar to mine, where anger was not an acceptable emotion. Perhaps there was some moral imperative where anger was ungodly—I can relate to this all too well. But this anger is not to be dismissed as "worldly" or simply of the "flesh".

Anger at injustice is always righteous.

While we are doing the work in confronting the racism and White Supremacy in our families, relationships, and microcosms, it's paramount that we cultivate a practice of listening to Black people. We are allies, thus I and we cannot divert attention out of privilege and ignorance away from its real focus. We are here to see, listen, mourn with, and fight for our Black sisters and brothers. We are here to support them, to take a role out of the spotlight for a change.

I do not pretend to be a leader of anyone. I am doing the same things that I am encouraging you to do. Read Black books—and purchase them from independent Black book stores. Follow Black people on social media. Support Black people and Black voices in our patronage, attention, and humility. Today. Tomorrow. Next week. And beyond.

We are in the midst of a revolution. Only, Bernie is not the one to lead it. Black people are. It's about fucking time we gave them an inch to breathe. They need all of our support—for us to show up. And the least I, we, can do is to give them that. They are human, after all.

When Black people, of all genders, only then are we all free; this is a revolution for all of us. 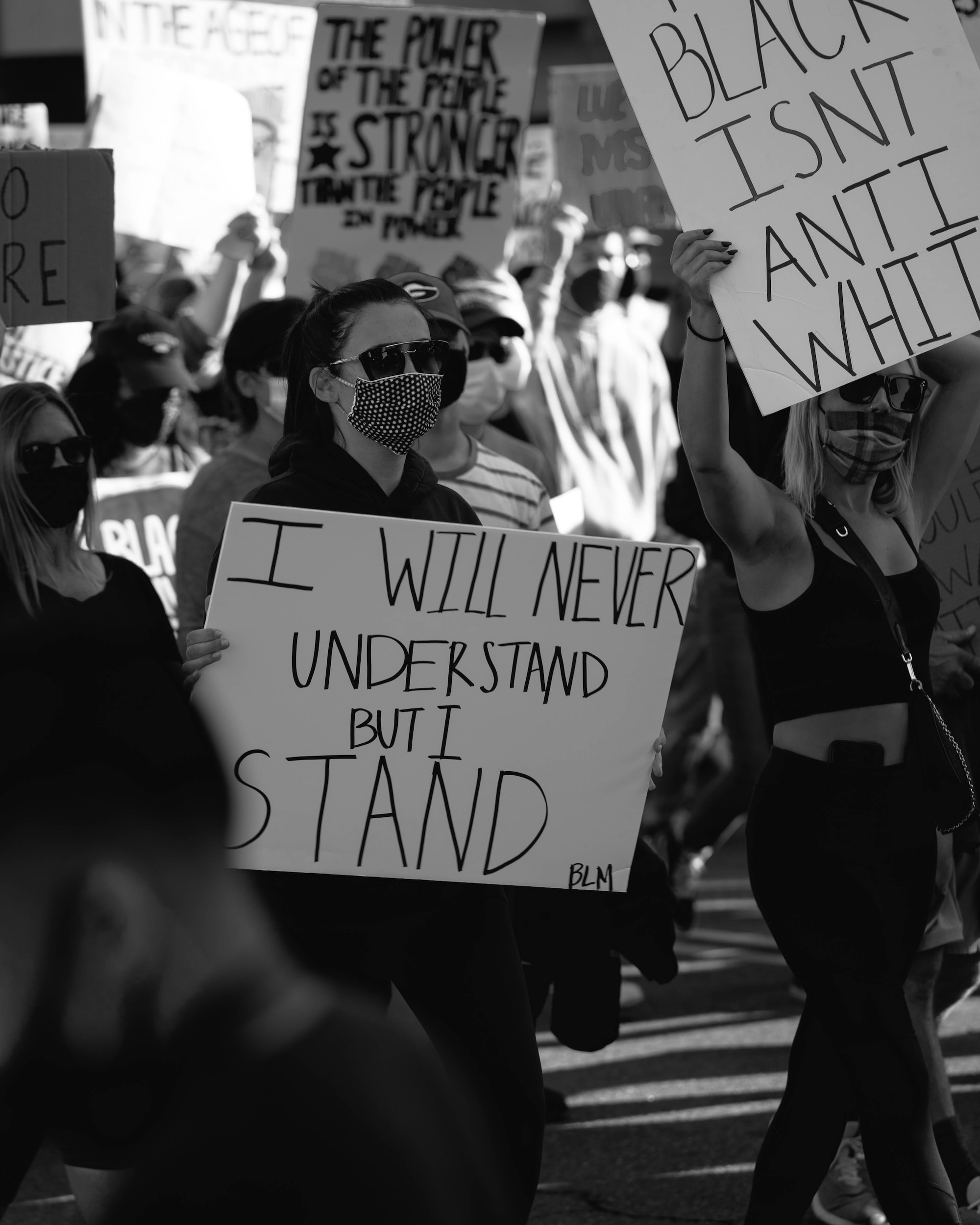 It's been more days since my last post than I had planned—well, initially. However, the past few days have been intentional as I realized that I needed to spend 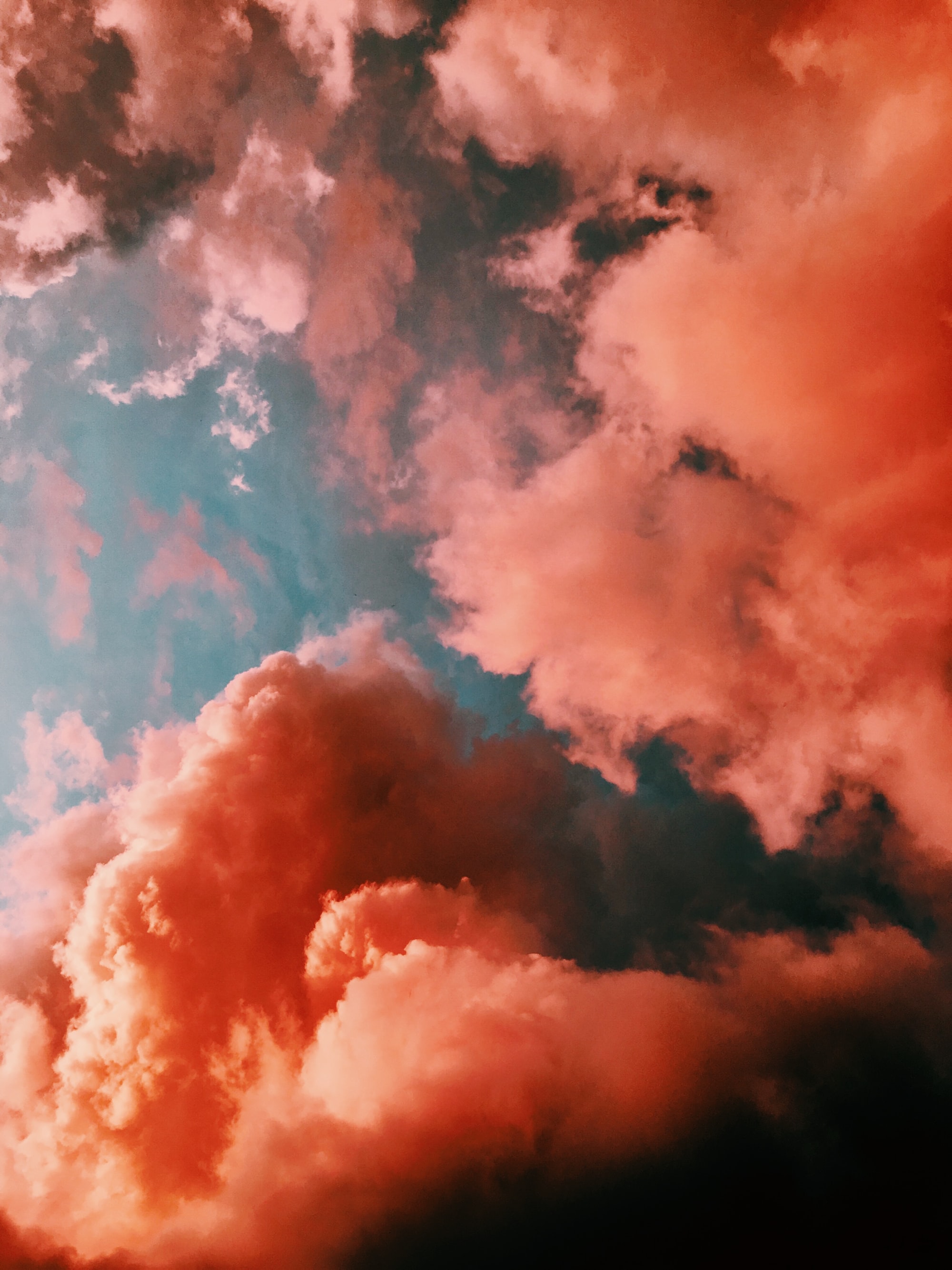 I can't tell y'all the number of posts I've written in my head in the past week, and none of them felt right. I've felt a few little but significant