Over a month-and-a-half ago, I confronted the idea that evangelicalism—all of it—is an abusive system. In therapy, I found out that the revelation is still fucking with the internal dissonance that I've called equilibrium the past three years. However, I'm grateful for this insight.

I've known for a couple of years that I experienced religious trauma. At first, I wanted to minimize its effects because I wasn't involved in a "proper" cult. That's what I wanted to believe.

Internally, I knew that wasn't true, and I came around to the truth that my experience in Christianity, specifically evangelicalism, was traumatic to me. Period. I did not need a caveat.

The only important question is—despite what I want to believe—what effects do I experience today? Sure enough, my therapist asked today if I was familiar with religious trauma. Shit.

I've naively wanted to believe that the effects were in my past, and I've worked through the bullshit. That's not the case, but deep down, I knew this all along. I'm aware that I'm still decoupling myself from the Aristotelian concept that the embodied experience was perverse and to be denied.

I have grown to trust my body leaps and bounds more than I did a few years ago, with lots of help, but I still experience moments of doubt. My inner critic wants to self-flagellate for this supposed weakness, but undoing three decades worth of indoctrination—brainwashing—takes time and effort. I can take solace from the fact that I know I'm doing the work, and I had my work cut out for me from the beginning.

I could expect no less when I had invested so much of myself in the system. Until right before I left the church and the system associated with it, I was "serving" behind the scenes no less than every other week, attending bible study and discipleship, and leading worship every few weeks. I was even attending seminary at this point—however, this ended up being my escape vehicle.

I was attending a rather conservative seminary within reach of the metro at the time. Despite itself, or perhaps because of itself, I realized that covenant theology understood the greater arc of covenants within the bible as evermore expansive. I could no longer pretend that my dissonance was sin, misunderstanding, or an inability to grasp the subject.

I got an A in the class, so understanding—I—was, more than likely, not the problem. I was finally able to let go of the crushing tension that my tremendous belief in and desire for inclusion was not incongruent with the bible's themes. However, I was still, and I still am today, an outsider in the good ole boys club. It was a familiar role in many ways.

When my then-wife suggested a separation, I held out in attending church—albeit a different service. Though, after two months and a pastor declaring that the creation myths in Genesis were literal accounts, I happily wiped my hands of the flawed theology. Yet, I had so much to mourn.

This occurrence was right around the time that the head pastor told me I was leaning too heavily on my support network—my friends who were all within the church at this point. I knew that I had to detach completely; what I didn't know was where I could safely attach. To put it bluntly, I was fucked.

Not to leave you hanging, I realized that I could rely on my family and remembered that I had some longstanding friends outside of the church, so I survived. I don't take this concept lightly, as many people don't have the support system outside of the church—that's by insidious design—and terrible things happen to them as a result. I consider myself incredibly fortunate.

I have now graduated from a Lutheran school three years later and a program with heavy evangelical influences. I still have a relationship with my mom and stepdad, who belong to a Presbyterian church, along with my mom's parents, who seem somewhere between Baptist and Presbyterian. However, I am not a fan of doing the "easy" thing.

Perhaps this is residual from my understanding myself as not enough growing up, or maybe it's my more recently understood sense of resilience—most likely, it's both. As I have believed for a few years, I don't care that I'm capable of doing anything essentially. There isn't a scenario that terrifies me to my core. Now that I've said that, there are situations and conversations where I'm concerned that I will lose connection with the people I love.

Returning from my tangent, I recognize that using religious language to communicate anything less than love and acceptance to the recipient when the communicator intends love is triggering to me still. In many ways, I find the trauma wrought by evangelicalism impossible to extricate from these ultimately unloving statements—despite their intent.

Sadly, people still caught in the system cannot see it for what the system is. These people do not have the perspective to understand that they carry out the role of both abused and abuser. The system is precisely operating as the founders designed. I have a hard time believing that any system designed solely by white men of privilege—especially one maintained by this same demographic over five centuries later—is a sustainable system.

Spoiler alert, this system is not sustainable, and I don't feel guilty for jumping ship. The pull to feel guilt or to return to the fold in some fashion is strong. These are some of the tentacles of this parasitic belief system. Growing up, I believed there was a form of symbiosis. I came to find that it was a religiously glorified multilevel marketing scam perpetuated over centuries and not just years or decades.

I'm still understanding how letting go looks and feels. However, it's a journey worth taking as I am invested wholeheartedly in finding and maintaining my sense of Self—I will not lose my Self once more. Tragically, I do not see a form of Christianity today where I can find Christ without losing myself. I hope to be proven wrong tomorrow.

I feel a tremendous weight has been placed on the past few days, the first days since the constant calamity of 2020. I have certainly felt more hopeful and ready 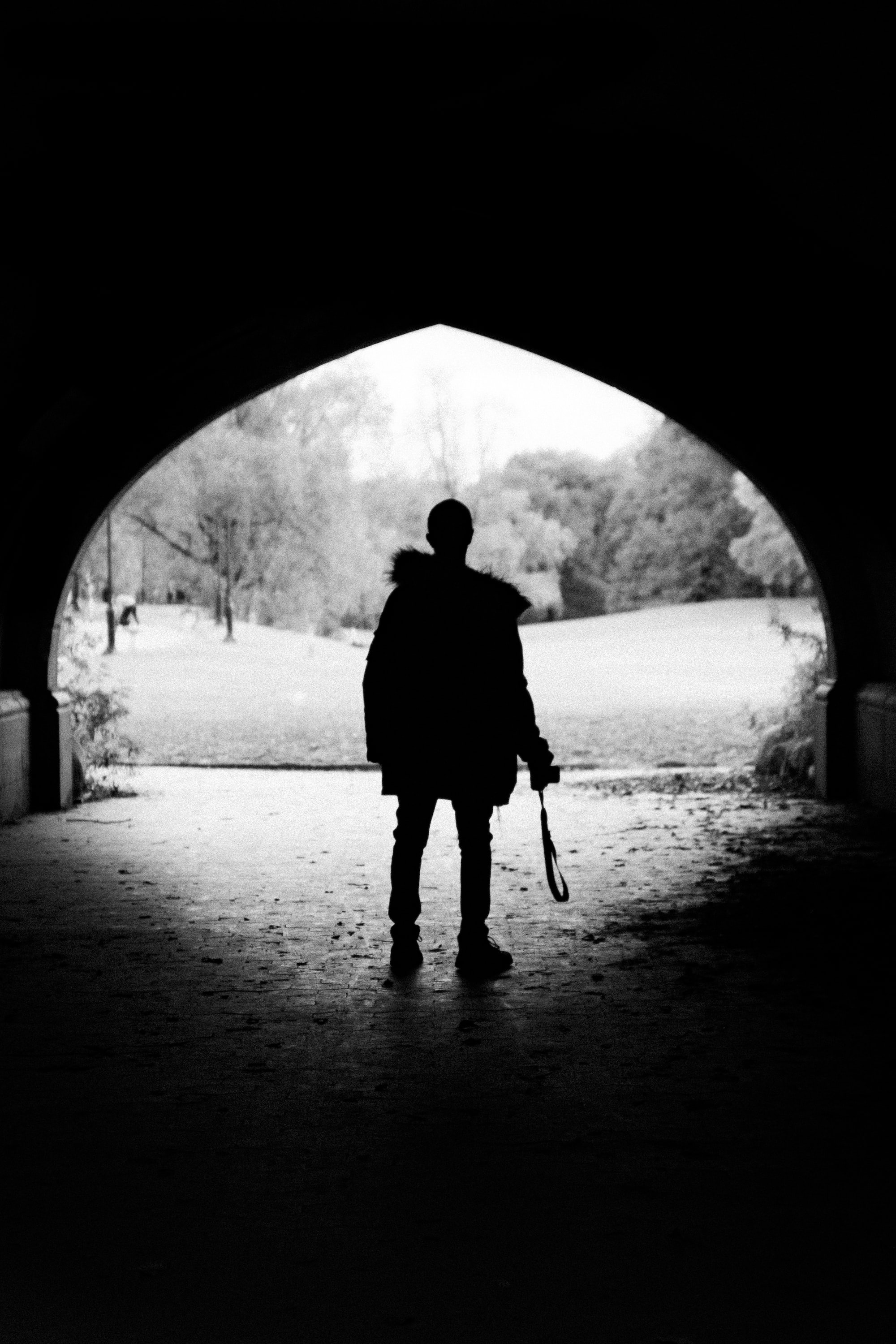 I'm struggling to put together the words to describe where I find myself as I sit down before this blank screen. This haziness, or fuzziness, is why I want to